AN INTERVIEW WITH C.D. GALLANT-KING 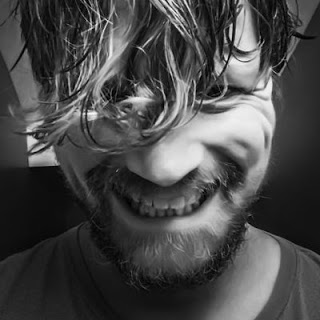 Today, I'm joined by Canadian author C.D. Gallant-King. I've had the pleasure of ARC-reading his latest book "Psycho Hose Beast From Outer Space" (out today) and I loved it. Read the full interview below for writing tips, more about C.D's writing style and giving out free hugs and cupcakes on a street corner...


Welcome C.D! Can you tell us a little about yourself?

I just turned 40 (holy crap!). I’m Canadian, from the island province of Newfoundland, which you
and your readers should be familiar with. At eighteen I moved to Toronto to study theatre, and I
completed a Bachelor’s Degree in Fine Arts. I haven’t set foot inside a theatre since.
In my life I’ve been a stock boy, an actor, a marketing coordinator, a stage manager, a lighting
designer, a print shop manager, a retail supervisor, a trainer, an executive assistant, a
bookkeeper, and currently I push papers around for the government. I also once spent an
afternoon handing out free hugs and cupcakes on a street corner. Through all of it I’ve written
stories, but to be honest the writing doesn’t pay much better than the cupcakes.
In addition to reading books and telling stories I like playing games, especially if they involve
funny-shaped dice and talking in silly voices, and I’m also very partial to the noble and ancient
art of professional wrestling. I also buy lots of Star Wars toys and pretend they’re for my kids.
When did you decide to become a writer?

I’ve always been a writer. It’s not a decision, it just kinda happens, like getting run over by a
train.
I decided to become a “published” writer in about 2004, except no one wanted my book. I don’t
blame them, it wasn’t very good.
Finally, in 2015 as I approached my 35 th birthday, I finally made the plunge to self-publish.
Everyone was doing it, why shouldn’t I get a chance? I never expected to make much money or
win accolades, but I thought I could at least entertain a few people with my stories, and I did. So
I’ve kept it up, because that’s who I am now.
So, what have you written?
I’ve written about a dozen novels and tons of short stories, but most of them are still sitting in
the basement in the little room under the stairs I affectionately call The Closet. I’ve self-
published three of those novels - Ten Thousand Days, Hell Comes to Hogtown, and the newest,
Psycho Hose Beast from Outer Space. I supposed all of them are some blend of “urban
fantasy,” but Days leans more toward fantasy and romance while Hogtown and Hose Beast lean
(really hard) into comedy and horror.
My short fiction has appeared in several Strangely Funny anthologies from Mystery and Horror,
a couple of collections from Dancing Lemur Press, and an upcoming issue of The Weird and
Whatnot. I also have a series of dark comic fantasy short-stories available called Werebear vs.
Landopus. They’re kind of weird and grotesque, but if you’re into really foul-mouthed dwarves,
brutally maimed heroes and jokes about bodily fluids, then have I got a treat for you!

Do you have any odd writing habits?
I write on the bus, does that count? Before COVID, I had a very long commute to and from work
every day, so to make use of that time I spent a lot of it writing. Hell Comes to Hogtown was
written and edited almost exclusively with my laptop balanced on my knees on an Ottawa city
bus. Some people might find it distracting, but with my iPod blaring in my ears and my focus on
my screen I don’t even notice it anymore. I get so “in the zone” that sometimes I nearly missed
my stop.
Even before the pandemic I had been riding the bus less, so I took to different tactics. Psycho
Hose Beast From Outer Space was written almost entirely on my phone, with me tapping out
paragraphs whenever I had a few free moments - waiting for appointments, on break at work,
sitting with my kids while they fell asleep. I don’t have a ton of free time, so you have to make
every minute count.

Do you let the book stew – leave it for a month and then come back to it to edit?

Absolutely. I even tend to leave it between rounds of editing/revision. The longer you stare at
something the harder it is to be objective and worse, j
Any tips on what to do and what not to do when writing?
ust reading it becomes a chore. I have
fallen asleep both reading and listening to my own work, and it’s embarrassing. You don’t ever
want to end up at that point.
So after you’ve spent several months writing a draft, take some time off to write something else
or read a few books or do whatever you need to do to recharge your brain. You want to come
back at it with fresh eyes and renewed interest. You will care more about it when you feel like
the words are at least a little less stale, and it’s not the tenth time you’ve read them in a week.
Is there anything you find particularly challenging in your writing as far as content?
Do you mean things I find difficult to write? Not many. I’m not bothered by sex, violence,
profanity and such, which you can probably tell if you read any of my work. I don’t get upset by
killing characters or anything like that. Character death is a necessary part of a story, and one of
a writer’s tools. It would be like getting upset by having to type the letter “q.”
Is there anything you find particularly challenging in your writing as far as content?

Do you mean things I find difficult to write? Not many. I’m not bothered by sex, violence,
profanity and such, which you can probably tell if you read any of my work. I don’t get upset by
killing characters or anything like that. Character death is a necessary part of a story, and one of
a writer’s tools. It would be like getting upset by having to type the letter “q.”
I will admit that lately I’ve been a little apprehensive about stuff involving children. Not about
writing for children, I love writing children’s stories, but about combining my aforementioned sex,
violence and profanity with kids. Being a relatively new parent with small kids leaves that as a
slightly sensitive subject to me. I know, however, that it’s also a sensitive subject with many
other people, so it may at some point be a topic worth exploring. I probably will write about it
someday, it’s just a little too fresh and raw on my mind right now.

Any tips on what to do and what not to do when writing?

What to do: Just write. I know that sounds dumb, and clichéd, but I hear about so many people
who are “writing” a novel but never seem to finish it. Put words down on paper and see what
happens. This leads directly to…
What not to do: Everything else. Stop second-guessing yourself, wondering whether it’s “good
enough”; it doesn’t matter, just put something down, you can fix it later. Stop worrying about
covers and marketing and maps when you don’t have a story to go with it. Stop spending so
much time on message boards, talking about writing; all those words are wasted, they could be
going into your manuscript. Stop world-building and calculating the air speed and wing-beats
per minute of dragons in your universe. None of it will matter if no one ever reads the book
because you’ve never finished it. And stop reading advice about writing from people who don’t
know what they’re talking about.
Wait a minute…


C.D. Gallant-King writes comic horror and fantasy stories in a variety of settings and genres. He
is a proud Newfoundlander and Canadian currently living in Ottawa, Ontario. He holds a
Bachelor of Fine Arts in Theatre. He lived in Toronto for 10 years and tried to be an actor and a
rock star, but we don&#39;t talk about that. He is now a happy husband and father of two.
C.D. has previously published two novels, and a third book, PSYCHO HOSE BEAST FROM
OUTER SPACE, is set to be released September 28. His book HELL COMES TO HOGTOWN
was a semi-finalist in Mark Lawrence’s 2018 Self-Published Fantasy Blog-Off. His work has also
appeared four times in Mystery &amp; Horror&#39;s STRANGELY FUNNY anthologies of comic horror
stories, an upcoming issue of The Weird and Whatnot magazine, and in two anthologies from
Dancing Lemur Press. 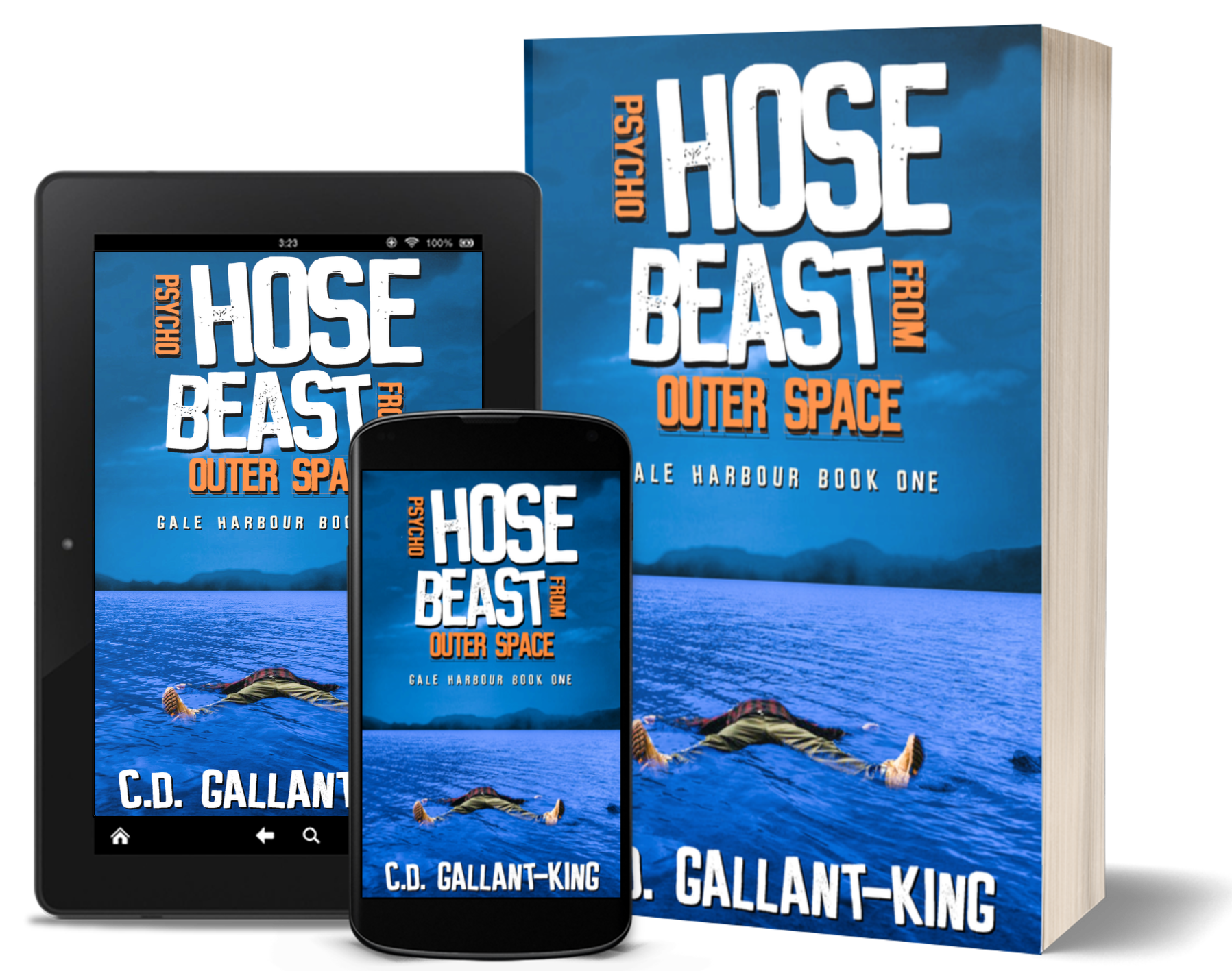 Newfoundland, Canada, 1992.
Gale Harbour hasn’t seen any excitement since the military abandoned the base there thirty
years ago, unless you count the Tuesday night 2-for-1 video rentals at Jerry&#39;s Video Shack. So
when a dead body turns up floating in the town water supply, all evidence seems to point to a
boring accident.
Niall, Pius and Harper are dealing with pre-teen awkwardness in the last days of summer before
the start of high school. The same night the body is found, the three of them witness unusual
lights in the sky over the bay.
Is it a coincidence? Are the lights connected to the rapidly-increasing string of mysterious
deaths? And what does the creepy old lady at the nursing home have to do with it?
There is an evil older than time hidden deep beneath the waters of the North Atlantic. It is
hungry, and vengeful, and it has its sights set on Gale Harbour to begin its path of destruction.
All that stands in its way are a group of kids who would rather be playing Street Fighter II... 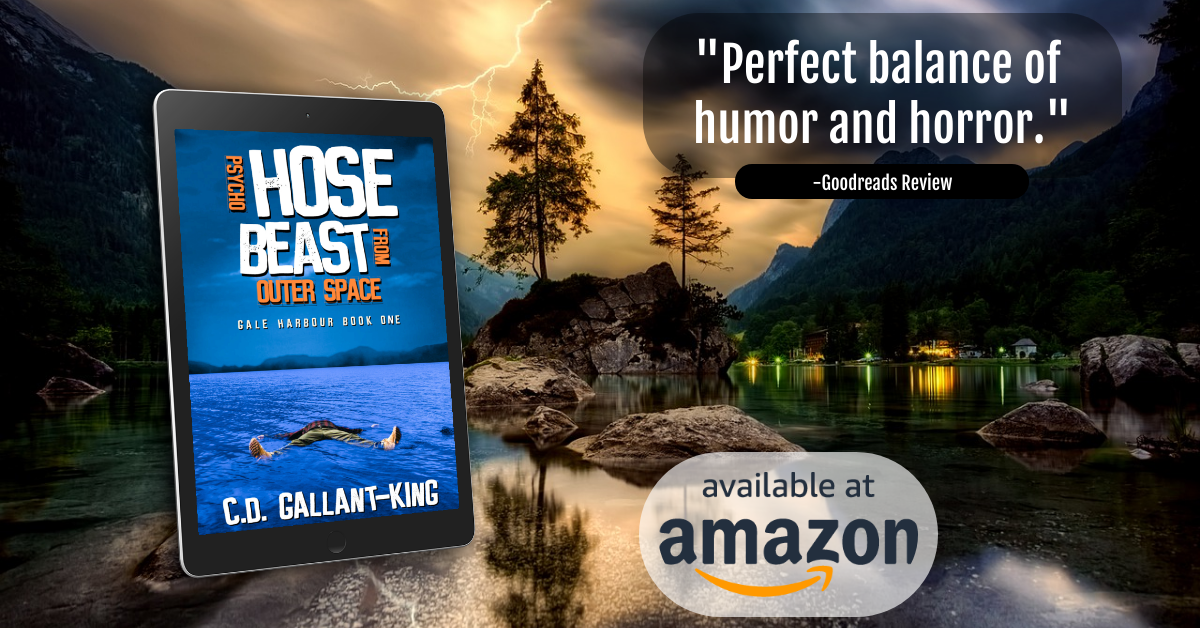