The (Big Red) Back Story Part 2 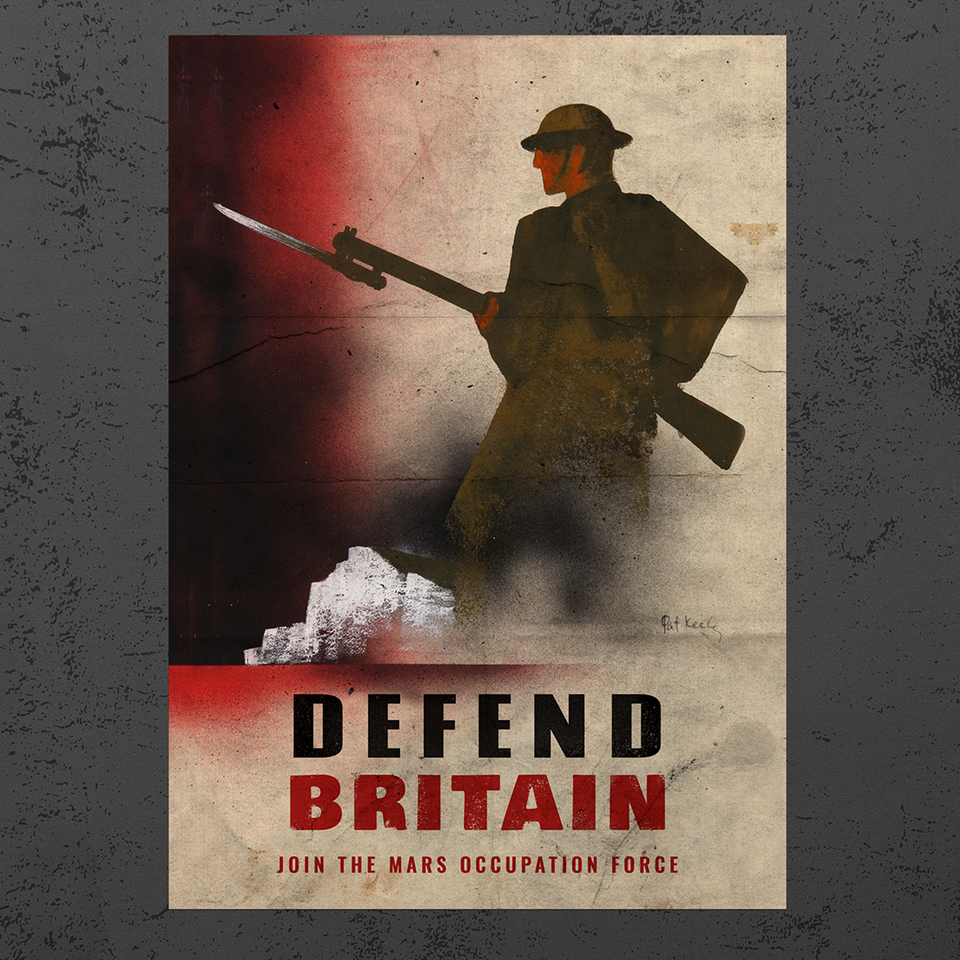 Welcome to Part Two of the Big Red back story. This one picks up where the last one left off, so dive right in and enjoy!

The first concrete evidence that the Nazis had escaped the war came about in 1947, just outside of Roswell, New Mexico. In the wreckage of a crashed spaceship, Airforce investigators found the bodies of two human pilots- later identified as high-ranking SS members - thought to have died on the Eastern Front.

This prompted alarm within military and government circles that an invasion from technologically superior Nazi forces was imminent. In response, President Truman ordered the creation of a covert organisation known as ‘Majestic 12’. Given wide-ranging powers, this group began reverse engineering the downed spacecraft, directing government policy and overseeing a massive public disinformation campaign to cover up the truth. For the remainder of the 1940s, Nazi incursions into Allied airspace continued, although no direct hostile actions were taken by the aggressors. This led many within the Truman administration and Majestic 12 to believe that these fly-bys were either shows of strength or meant to test the capabilities of the enemy’s fighter-sized craft.

By early 1950, the construction of Earth’s first interstellar fleet of ships was midway under construction when Majestic 12 reported that the Third Reich leadership had opened negotiations with the USSR. Unwilling to admit to Stalin about the existence of the new fleet under construction, President Truman secretly ordered Majestic 12 to open a back channel with the exiled German forces to learn of their intentions.

To buy time, the President ordered these unofficial talks to be dragged out for as long as possible, while Majestic 12 stepped up their efforts in building the new interstellar fleet. These negotiations came to a head in March 1952 when Stalin made public his infamous ‘Stalin note’. This note called for a reunified Germany, free elections and the subsequent withdrawal of all Allied forces. The US and their allies publicly rejected the Stalin note, seeing it as the first possible step in a Nazi attempt to return to Germany from exile and re-establish a militarised National Socialist state.

Infuriated, the Third Reich leadership ordered an aggressive show of force, culminating in the 1952 UFO Washington Incident. Between the period of 12th – 29th July 1952, there were multiple sightings of UFO’s over America’s capital (including the White House). Determined not to back down, President Truman opened secret negotiations with Stalin and confirmed the existence of an American interstellar fleet of ships. After a series of long drawn out negotiations, the two sides agreed to form a united front against Nazi aggression and began planning an invasion of Mars.

Despite mutual shows of good faith, neither side could agree on the make up or composition of the ground forces needed to conquer the German colonies on Mars. Stalin feared a blow to his prestige if it ever became public that American forces were victorious in Earth’s first interstellar war, while Truman worried about a Soviet presence on Mars once hostilities ceased.

As a compromise, it was agreed that although the fleet would remain nominally under US control and both sides would commit support personnel and military attachés, the necessary manpower would need to come from third parties. Both sides reluctantly agreed to a joint British-French task force. This new group would be known as the Mars Expeditionary Force (MEF).

In early 1953, the Mars Expeditionary Force set off on its mission and arrived on Mars in March 1954. Although the initial landing of MEF soldiers and supplies went according to plan, the fleet was practically annihilated in a series of daring suicide attacks by Nazi spacecraft. These actions left the MEF soldiers effectively cut off from re-supply or escape and forced them into a do-or-die action to seize the German colonies.

The Battle for Mars had begun.

That’s all for this week folks! I had thought about doing a Part Three on this subject, but delving into the world of Big Red again has given me too many ideas that I’m not going to share just yet…

I have some announcements coming up to do with Big Red’s launch on 14th May, so stay tuned!