The (Big Red) Back Story Part 1 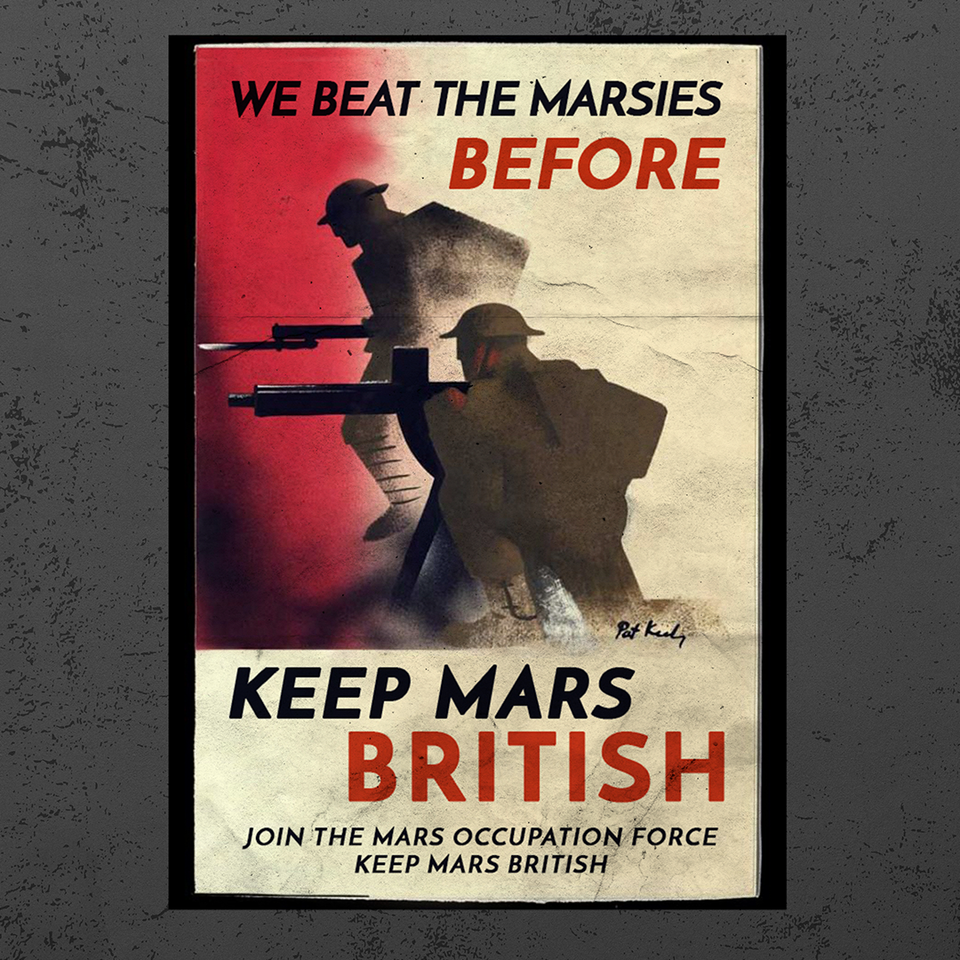 I posted previously about the world-building involved in creating Big Red, giving some insight into where I got the ideas from and what inspired me. With just over sixty days to go until Big Red lands in a book shop near you, I wanted to dive a bit into the background, giving readers a better insight into the fictional back story and history. A lot of these events took place before the characters of Big Red arrived on Mars, but in a lot of ways these events shaped their surroundings and environment. So, here goes!

As World War 2 drew to a close in Europe, Nazi scientists perfected a revolutionary new form of long-range interstellar travel. Having been used to establish secret research facilities on Mars in the 1930s, this was hailed by an increasingly deteriorating Hitler as a chance to turn the tide on the Allies.

Hampering the Nazi leadership was the fact that this technology was based on unknown origins and couldn’t be operated to transport troops to any point on Earth. As the Russians advanced to the gates of Berlin, an increasing number of high-ranking party officials began to break with Hitler’s fantastical beliefs of a final victory and contemplated using this new technology as a chance to escape. With the Russian forces emerging victorious in the brutal Battle of Berlin, the last remnants of the Third Reich escaped the slaughter and retreated to the only place the Allies couldn’t reach them – Mars.

On Mars, the Nazis had long since established formal relations with the indigenous population dubbed “The Natives”. These Natives were an agrarian society, primarily living underground in subterranean communities. Although they had an awareness and even an understanding of technology, they had forsaken it to pursue a more idyllic life based on community, hard work and family.

Believing the lies of the new German settlers that they were fleeing genocidal persecution back on Earth, the Natives readily allowed the Nazis to excavate the planet in search of technologies left over by the forebearers of the Natives. Rumoured to be a powerful and technologically advanced civilisation, the Nazis believed that this would give them the upper hand in their quest to reconquer not just Germany, but the entire world…

That’s all for this week, folks! In the next post, I’ll detail pivotal events in the Big Red story covering the (historically documented) 1947 Roswell UFO Incident, the 1952 Washington UFO incident and the 1952 Stalin note.

These events together serve as a catalyst for the Allied response to German plans to stage a comeback and the 1954 Allied invasion of Mars (culminating in the oft-referenced “Battle of New Berlin”).

Stay tuned and don’t forget – Big Red lands on the 14th May!