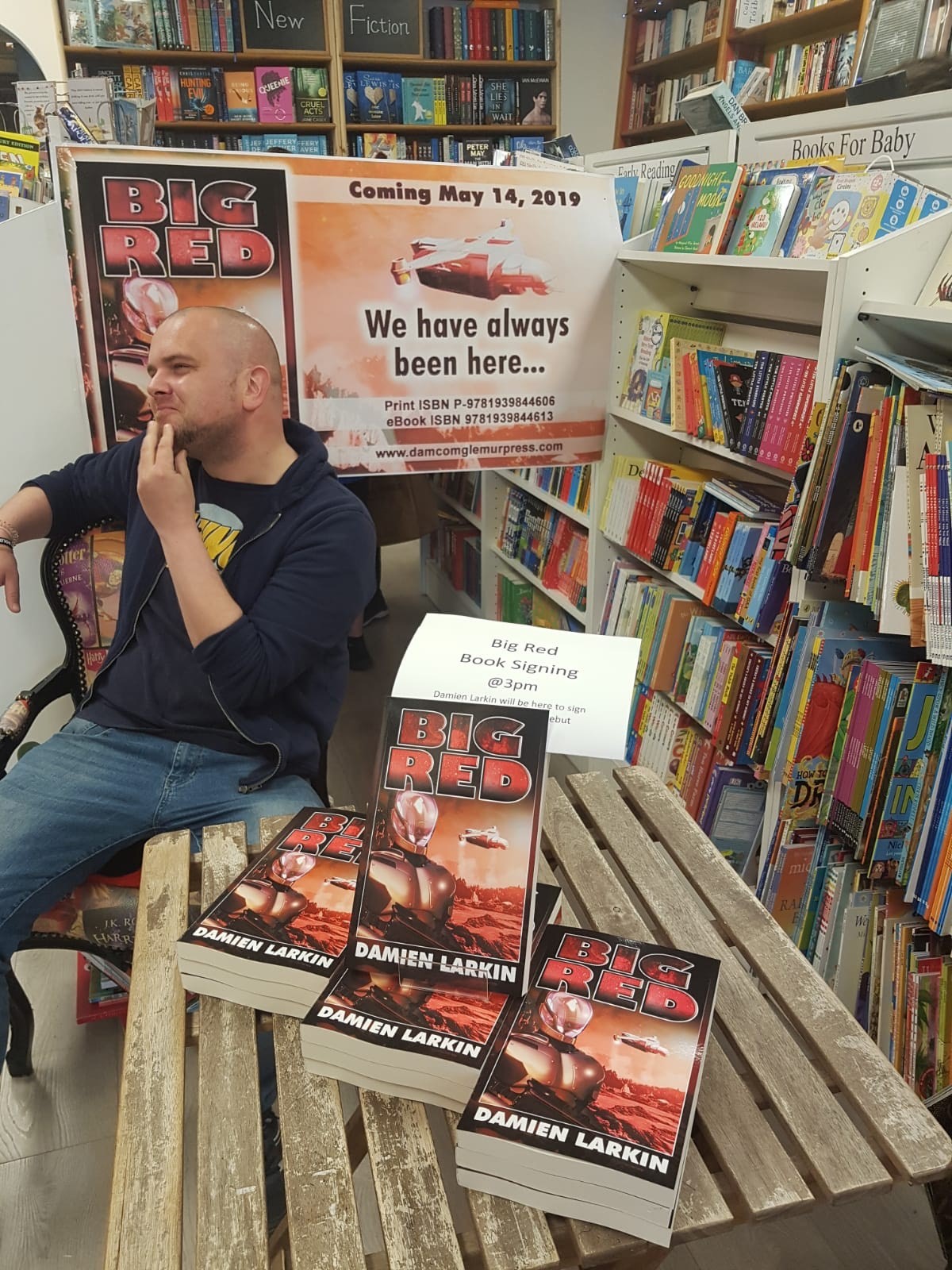 It’s been a while since I’ve posted here and it’s great to be back!

I had a busy few weeks after Big Red’s launch which didn’t leave a lot of time for blogging. Thankfully, things have started to settle down a bit. For the first time in what feels like an eternity, I have time to dive back into a few different projects, some of which I’m hoping to share with you soon…

The first project I wanted to take on is this blog. I’ve since rebranded it from (the not-so-original name of) ‘My Blog’ to the ‘Mars Occupation Force – Press Office’. Whereas beforehand I wrote a bit about Big Red and my journey so far, I’m now looking to expand my horizons.

Over the last few months, I’ve had the chance to delve into so many fantastic military sci-fi and Irish sci-fi and fantasy books. My goal is to expand on these topics a bit more and shine a spotlight on some amazing novels and topics you may already know about, as well as some you may not have heard of.

I’ve also had the opportunity to meet and talk with some fantastic Irish sci-fi and fantasy writers, who I’m hoping to guilt into dropping by on this blog to say hello. It’s been an amazing year for Irish SFF writers and I’m really excited about seeing what the rest of the year holds in store!

For anyone who’s been following along, The British/Irish Writing Community has also been taking our next steps towards global domination. We’ve spent the last few months throwing around ideas and seeing what we can do as a community. Finally, we’ve decided to launch our own quarterly magazine.

It’s still early days on this but we’ve had a lot of interest so far. Our overall plan is to use this platform to highlight and promote the fantastic works of Irish and British writers of all levels who write speculative fiction. There’s no official launch date in sight, but if you know anyone who’s interested, have them check us out on FB or Twitter!

Hopefully I’ll have more details on the above topics in my next blog post. In the meantime, if any writers out there are looking to do a guest post/interview for an up-and-coming launch or just for the fun of it, let me know in the comments below. I’ve learned a lot from the community and I’m looking forward to giving back.