An Interview with Matthew Olney 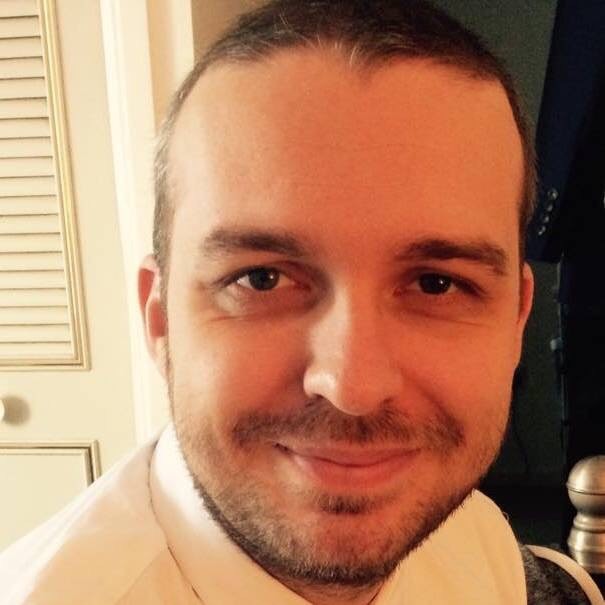 For today's post, I've been lucky enough to have an interview with fellow British Irish Writing Community member and Indie author Matthew Olney. Matthew lives in Worcester with his wife Chloe. By day he works as a content creator but at night he writes novels. An avid gamer and supporter of the mighty Leicester City FC, he is a fan of most things geeky.

He is author of the Sundered Crown Saga, The First Fear, Blood of Kings and the Terran Defenders series.

I’ve been a writer in some form I think all my life. When I was little, I would tell stories to my classmates and I’d even make my own comic books that I would then sell for 2p a pop. As I got older, I became an avid reader of sci-fi and fantasy but it wasn’t until I left uni and faced a tough period of my life that I sat down and wrote a novel. With a background in journalism I eventually ended up in the world of marketing and now work as a content creator for a cybersecurity company. I literally write for a living.

Where did you get the inspiration for your books?

What is the biggest challenge you’ve experienced in your writing career, so far?

Learning the tricks of the trade, I guess. An indy author has to do everything themselves and finding editors, cover artists and proofers that you can trust is a massive challenge. Also, it’s expensive. The old adage of having to spend money to make money is true. Also, getting that first inevitable 1-star review for things that are out of your control takes some getting used to. You learn a lot about yourself in this game, especially about your pride and how you react to things.

If you could go back and give your younger self a single piece of writing advice, what would it be?

My advice would be not to rush. I wish that I’d written complete series before hitting publish.

Are you a plotter or a pantser?

I’ve tried to be a plotter but it never works out. A pantser for sure. Letting characters and plots run free can lead to some very fun and interesting scenarios.

What do you think the biggest challenges are for aspiring writers, right now?

The competition and getting noticed for sure. The downside as well as a positive is the advent of self-publishing has resulted in a flood that drowns out some pretty good talent. I always wonder how many awesome stories are lost in the crowd. Authors themselves have done no favours by selling their works so cheap either. Readers now expect or demand books to either be free or ridiculously cheap to the point that from a monetary viewpoint it’s just not worth it.

Do you believe that having a strong social media presence leads to more book sales?

How do you deal with writer’s block?

I covered this topic in a blog post recently. You can read my advice at - https://msolneyauthor.com/2019/02/12/tips-for-indy-authors-3-writers-block/

What is your favourite part of the writing process?

World building is my favourite part of the process. I love letting my imagination run free and coming with entire histories and cultures. Map making too is great fun and it allows me to express my more artistic side.

If you could collaborate with any other author on a project, who would it be and why?

I’ve worked with other authors on a few projects over the years and I think there’s plans for a fantasy anthology via the British Writers Community on Facebook. I did have plans to do a big expanded universe that incorporated several authors books so there could be cross overs of characters etc. In Quest for the Sundered Crown I worked with Rob May, the author of the Dragon Killer books and there is a brief crossover in it between the two series major characters. I’d love to more things like that and with magic the possibilities are endless.

What are you working on now?

I’m working on three projects at the moment. My main focus is completing the Empowered Ones Book Two, the sequel to my SPFBO 2018 entry The First Fear. I’m also working on Book 4 in the Sundered Crown Saga and have started on as yet to be revealed series.

Where do you see your writing career in 5 years?

Probably the same place I am now to be honest, unless I catch a big break. The ultimate goal is to be able to write books for a living, but for now, I learn and keep chipping away. Practice makes perfect and all that.

Have you ever considered writing in another genre?

Nay. I have too big an ego to not want to take credit for hard work!

What marketing tips would you give to someone starting out in their career?

It’s a minefield. Never use a service that promises the earth. Sadly, many of the book promo sites are no longer very effective so put all your effort into the promised land that is a Bookbub US promotion. I’ve seen it work and it’s the only one that does.


You can find all of Matthew’s books at – https://mailchi.mp/eb0e0231b0de/buybooks